Sunday Snippet--Another snip from Maddie and the Norseman. Still on sale for 99c but only until the end of the month


Maddie and the Norseman--still on sale at 99c in all markets in your preferred eBook format until the end of September.

Australian, Maddie is in England visiting her archaeologist friend Amber. They share a passion for the Viking Age. About to take part in a re-enactment at the Viking village in York they are swept back in time to the town of Jorvik, a thriving trading town, as York was in the year 879 AD. Maddie meets Norse trader Erik and is stunned by his uncanny resemblance to the Viking she has been dreaming of. Amber is kidnapped, and Maddie persuades Erik to help her find her friend. Their journey takes them across to France on a perilous journey.

A blinding sun beat down from a merciless sky. The heat was intense, stifling. Maddie tried to scream, but nothing came out of her mouth. She tried to move, but her limbs refused to obey the command of her brain. Where was she? Panic gripped her. She was searching for something—or someone. But what or who? Amber. Yes, that was it, she must find Amber. But why was she out in this desert, roasting beneath a relentless sun?

A shadow towered above her, blocking out the heat. A man kneeled beside her and touched her forehead, immediately bringing relief. She sighed; she’d know that touch anywhere. “Erik,” she murmured.

“I am here.” His voice rumbled over her, then he was lying beside her, his voice and touch soothing.

“I came through time to be with you,” she said, loving the way his hands caressed her back, then returned to capture her face between his palms.

“I know,” he said. Then his mouth was on hers, insistent, potent, and all-devouring. She returned his kiss, loving the soft bristles of his beard. He pulled her into the hardness of his great body and she twined her legs with his. Never had a kiss evoked such sensations. If she died now she would be content. This was where she always wanted to be. In his arms, with his masterful but gentle mouth seducing her.

As his fingers roamed downwards, across her shoulder, tracing delicate paths over her collarbone before journeying on towards her breast, she held her breath. In rapturous anticipation she yearned for his touch where her nipples already peaked in expectation. “Erik,” she moaned, wriggling to get closer to the heat of him, her own hands doing some exploring of their own.

“Madeline?” There was a hint of a question in the way he said her name. Momentarily Maddie stilled, shaking her head as she tried to fathom out why he had stopped kissing her.

With a small moan of impatience she reached up to pull his head down. “Don’t stop,” she whispered, her lips encountering the whiskers of his beard.

“Madeline,” he said again, this time with a touch of insistence.

Her eyes shot open. To find she was staring into a pair of sexy blue eyes. They held a touch of amusement, mingled with another more enigmatic emotion.
*~~~~*

This well-written and well-researched time travel romance caught my interest from the very first. Maddie and her friend Amber share a love of the Vikings. They speak fluent Norse, and Maddie has dreams of a Viking lover. By accident, they get sent back to the Viking period, the year 879.They are still in York, England, but at that time it was Jorvik. Maddie gets the surprise of her life when she meets her dream lover. Erik is a trader whose ships travel to faraway places to find goods for sale.
But things begin to go wrong. Amber is kidnapped, and Maddie must find her. In this, Erik helps her, for love has kindled between them. Their search takes them to Rouen, France, but they are unsuccessful. Maddie fears that Amber may return to their own time, and they will forever be separated. Now a boatload of challenges face Maddie. How and when will she find Amber again? She wonders if Erik cares enough for her to join his life with hers. Does she love Erik enough to stay in his time period?
The author apparently did a vast amount of research and has written a fast-moving novel with many well-developed characters. I highly recommend this time travel romance. S.A. Martin on September 25, 2015 Verified Amazon Purchase 5 stars

Please take a moment to hop over to these other participating authors' blogs for more Sunday Snippets: 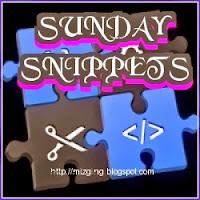 Posted by Tricia McGill at 14:00 No comments: