A Sunday Snippet from another of my older books--Mystic Mountains, Settlers Book 1


In the early 1800s the penal colony of Botany Bay was an unforgiving and harsh place. Isabella O'Shea is transported to New South Wales for wounding a member of the British aristocracy who raped her, so it is understandable that she loathes members of the upper class and the system that punished her; sentenced her to seven years transportation.
Tiger Carstairs is rich, ambitious and English-so is it any wonder she is determined to hate her new master. Tiger dreams of making a new life beyond the aptly named Blue Mountains, so called because of the perpetual haze of blue surrounding them.
Mystic Mountains is a story of courage and persistence-traits that were essential for the settlers who carved out a new life in a raw land where suffering and heartbreak were commonplace.
Isabella and Tiger face tragedy and many hardships in their quest for a new life in this untamed land.
This book was dedicated to the early settlers whose courage and persistence enabled them to carve a new life in a raw land where suffering and heartbreak were commonplace. In this modern day it is difficult to imagine the horrendous conditions they encountered.


At the end of a narrow street they went up some steep steps. When he saw that with her limp she couldn't mount as easily as he, Tiger Carstairs slowed his pace without letting go of her arm. At the top he went up to one of the assorted wagons secured there, and stopped, giving Isabella a furious glance when she fidgeted.

"Be still, woman," he ordered, shaking her none too gently.

"I'd just as soon have gone with that Mr. Tonkins," she told him haughtily, trying to get free.

"You have no say in who you go with. Tonkins now has his woman and is quite happy. Would you rather have gone with the Irishman? Yes?" he asked when she remained mute. "Perhaps I should have let him take you. Do you know what the likes of Malloy would do with you, hmm? Well, let me tell you, he'd use your scrawny body until it was fit for naught but feeding the sharks out in the cove. The last woman who went with him is now dead and buried, and probably grateful to be there, instead of being used by him."

"I might have preferred going with him," Isabella lied. "Anything would be better than being the chattel of an English pig."

His heavy golden brows drew together. "So, 'tis a pig I am is it? If you think I'm a swine then let me tell you about Malloy, wench. He's a debaucher of the worst kind. Why else do you think he wanted a skinny little wench like you? Especially one who walks with a limp and who doesn't have the strength to lift a kettle, by the looks of her." His strange golden eyes skimmed her from head to toe in open scorn.

"Then why did you pick me if you think I'm such a poor choice?"

"Heaven knows. I must be mad. I should have left you to Tonkins, or let Malloy have his way. All right. You win."

He curved his fingers about her upper arm and made to drag her back the way they'd come. "Right, let's go back. I've now lost my original woman to Tonkins, but I'm sure if Malloy hasn't made his choice yet he'll be more than willing to accept you. I'll get whatever is left. You can have the pleasure of warming that old lecher's bed until you lose every scrap of self-respect, until your body has been reduced to a sniveling wreck or you die of the pox. Come on, then, let's go," he said when she stood firm, her feet planted in the dust. "Damned if I have the time for a cripple with a foul temper anyway."

Isabella put a hand to her throat. What a beast! But then what was she to expect from an Englishman? Especially one who looked as if he'd never done a hard day's work in his life.

Tiger watched the emotions cross her face; an expressive face, with large eyes that sparkled with such animosity he could practically feel it touching him. She had a fading bruise on her chin, and shadows beneath eyes that reminded him of the sea on a fine day. Her hair, which had been chopped short with a blunt knife by the looks of it, stuck out like a nest of rats' tails.

Why in blazes was he bothering? Deep down he knew the answer to that, but it was something he wasn't willing to confront at this moment; probably never would. 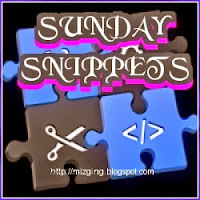 Posted by Tricia McGill at 14:30 No comments: