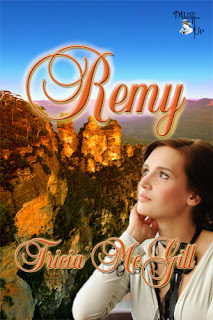 Remy is now available at
Muse It Up Publishing.
To purchase go to the MUSE
bookstore 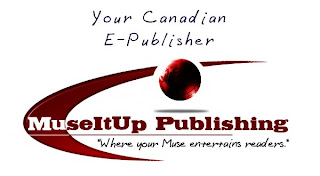 A convicted man is not considered suitable husband material for the daughter of a wealthy property owner, even in the prospering colony of New South Wales in the early nineteenth century where class and caste mingle. Remy meets and falls in love with Sara, but their love is threatened even before it’s had time to flourish. Sara’s father considers convicts the scum of the earth, regardless of their crime.
After an unfortunate episode, Remy must flee from all he cherishes and Sara is forced into a loveless marriage by her hateful father. She despairs of ever seeing her love again, while Remy faces overwhelming odds and an ordeal that threatens to strip him of everything; his pride, his strength, his health—even his life. Remy is flogged and suffers sickness, injury and humiliation when he is sent north to Moreton Bay, a penal settlement where pain and suffering are everyday occurrences.
Will the lovers ever find the happiness they crave? 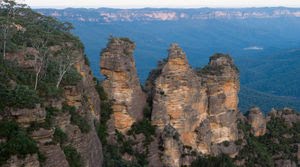 The Blue Mountains, west of Sydney Australia, setting for Remy.
Posted by Tricia McGill at 17:18 No comments: